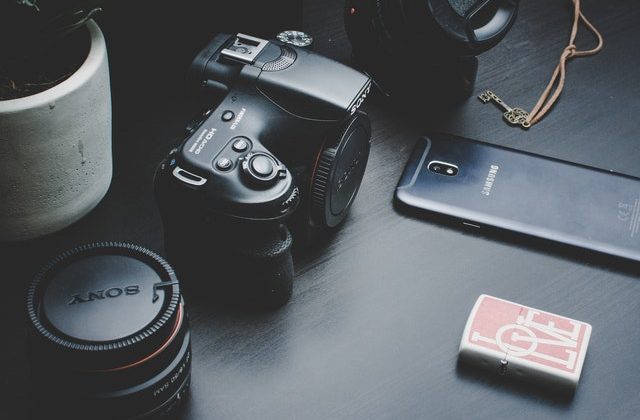 So a big question often asked by real estate agents is why can’t I just take photographs with my smartphone?

Without a doubt, DSLR cameras are much better suited to taking high-resolution photographs. A single pixel can be captured with much more precision and clarity on a DSLR camera than it can on a smartphone camera.

Below are a few more reasons why I would always suggest using a DSLR camera when quality of an image is important.

On a technical level, digital photography has become increasingly sophisticated over the last decade or so. For example, some DSLRs are equipped with image stabilization technology which is designed to counteract shake caused by moving objects. The same principle is used in most digital SLR camera lenses, and in many cases the resulting images are far more stabilized than photographs taken on an SLR camera using a normal lens.

Another technical advantage of DSLR cameras is that you can adjust the shutter speed to take longer exposures in locations with less light and thus get a higher quality image. This feature can also be particularly useful if you are trying to capture the motion of a moving subject and need a photograph that has little or no blur. Most smartphones don’t offer this capability. 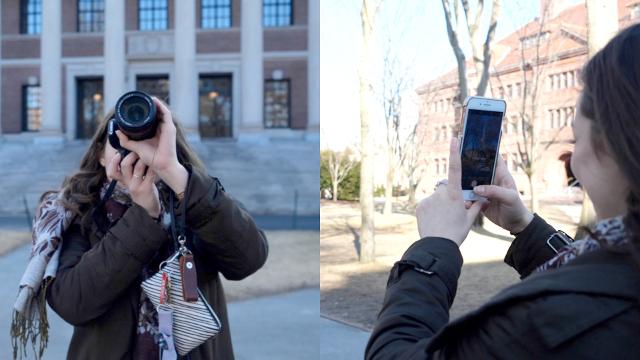 In real estate photography the various modes a DSLR offers means that a skilled photographer will definitely produce images that are not only visually pleasing to potential buyers, but when inspected closely by viewers will reveal more detail of the property and/or surrounding areas. Most people who take real estate photographs with a smartphone will expose the shot for the inside of the home to try and make it look bright and appealing. The problem with that is that by doing that they are likely to be over-exposing the already bright areas of the photograph, such as the window, and preventing what’s outside the home being shown clearly in the photographs. DSLRs have various settings that can be used to produce photographs where the dark areas of a room and the bright areas are equally visible to the viewer, thus revealing more detail.

Another benefit of photographing with DSLR cameras is the storage of the images. Smartphones only have a certain amount of storage on them, so you are potentially limited to the amount of shots you’ll be able to take, and also the resolution (size of each image) will be limited to ensure you can take a lot of shots. DSLR camera work with external memory cards that come in various sizes, so those quality and quantity limitations of smartphones will not apply to a DSLR camera.

So the answer to the question of ‘Why DSLR photographs are better than smartphone photographs’ is DSLR cameras offer the photographer a wealth of options and capabilities that will help him or her produce much clear and more visually accurate photographs. In addition, the image stabilization technology used in digital photography helps to counteract the shake effect that occurs when moving objects create image distortion, so the final result is often clearer and more accurate than those taken using smartphones.

This website uses cookies to improve your experience while you navigate through the website. Out of these cookies, the cookies that are categorized as necessary are stored on your browser as they are essential for the working of basic functionalities of the website. We also use third-party cookies that help us analyze and understand how you use this website. These cookies will be stored in your browser only with your consent. You also have the option to opt-out of these cookies. But opting out of some of these cookies may have an effect on your browsing experience.
Necessary Always Enabled
Necessary cookies are absolutely essential for the website to function properly. This category only includes cookies that ensures basic functionalities and security features of the website. These cookies do not store any personal information.
Non-necessary
Any cookies that may not be particularly necessary for the website to function and is used specifically to collect user personal data via analytics, ads, other embedded contents are termed as non-necessary cookies. It is mandatory to procure user consent prior to running these cookies on your website.
SAVE & ACCEPT
Skip to content